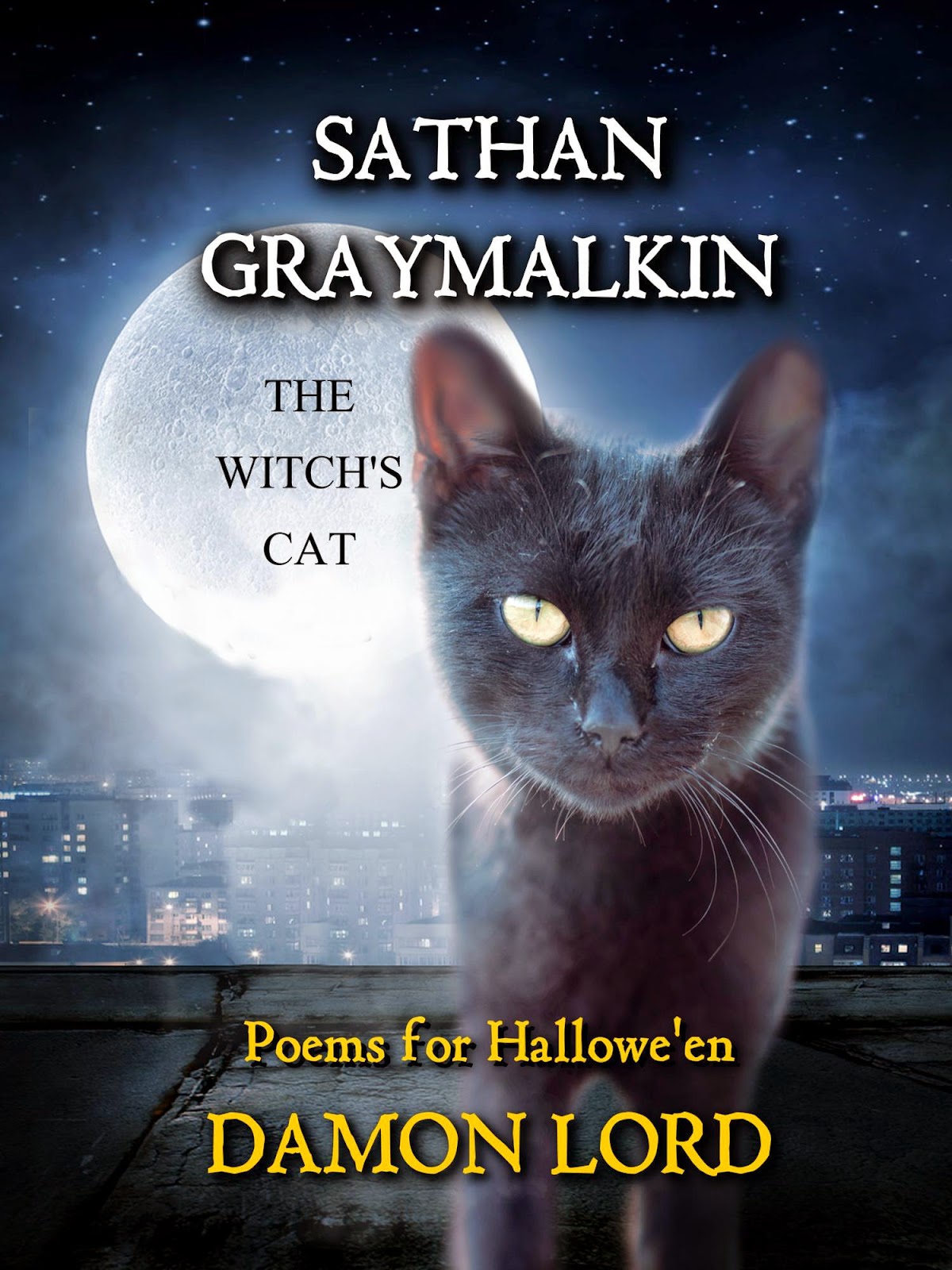 As Hallowe'en approaches each year, let us wonder at the happenings in the witch's lair. What history tells us of the secrets of the witch may not always be useful, because unreliable accounts are abound of distressed women forced to confess under great duress from such savage, brutal figures as Matthew Hopkins, the Witchfinder General.

It is to the familiars of the witches, or the magical animal companions as you might consider them, we must therefore turn to gain a glimpse of the mysterious ways. This short collection of 10 poems, then, is the rare opportunity for the familiars to speak for themselves and to share their secrets. Listen carefully, harken to their voices, for they do not speak often, but when they do, it is magical. 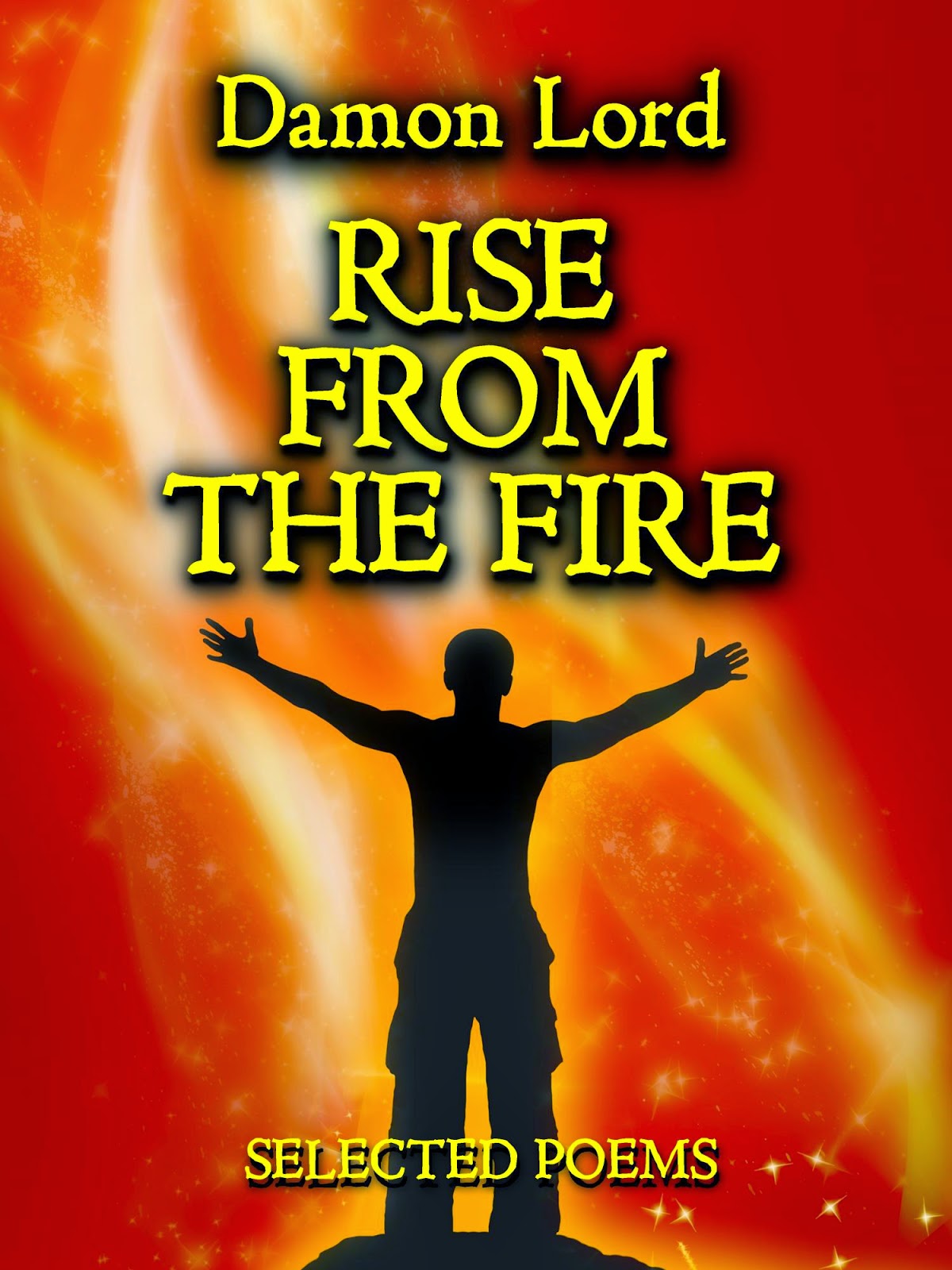 Poetry explores new levels of darkness and light in this, the long-awaited second collection of Damon Lord's poetry. Bouncing between themes as varied as war, social networking and living as a zombie, there is something wry for everyone.

"Rise from the Fire" is available at Amazon UK 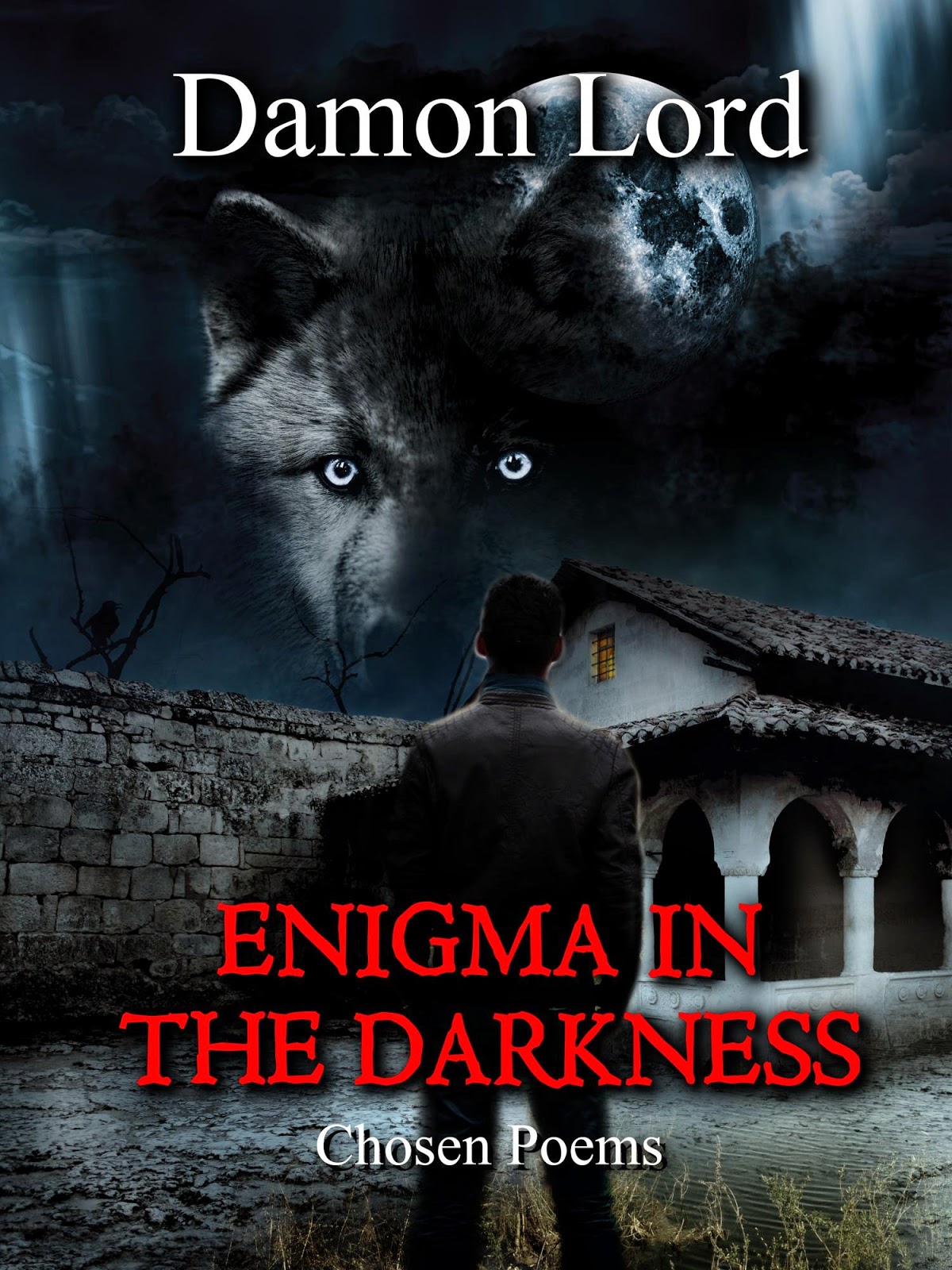 Tortured by wriggling rhymes gnawing away at the shadowy inside of his head, Damon Lord could only finally find release by letting the words escape onto the written page. "Enigma in the Darkness" is the product of that dark and twisted mind, containing poems on topics as varied as werewolves and whale hunting.

Join Damon Lord on a poetic journey, encompassing black humour, horror, and science fiction, with an occasional light touch to show life is unfortunately not as bleak as he hopes.

Here's a list of books containing contributions by Damon Lord, which are available to buy on-line.
﻿

TIME - stories round the clock

Contains Damon Lord's story Machiavellian Times
OUT OF PRINT
CARAD, Rhayader, Wales, 1996
Paperback out of print, may still be available from amazon.co.uk
Posted by Damon Lord at 10:41 pm